Crazy: Mentally deranged, especially as manifested in a wild or aggressive way.

I was thirteen when I discovered the definition of the word I’d forever be labeled.
Some used it as a figure of speech but for me it was a scar I’d carry through life.
Or so I believed until I was diagnosed a manic depressive.
I’m the president of the Satan’s Knights Motorcycle Club, a man of power and control.
A man with enemies near and far.
But the truth, my truth, is my biggest enemy— my mind and I live most of my life with no control whatsoever.
I’m just a man who battles his demons, a man destined to live a life full of darkness.
Until her.
She’s the light beckoning me, calling me home, away from the torment.
In a world as dark as the one I live in, sometimes I can’t help but crave Sunshine.

I was lost, broken and a prisoner of my scars.
A shell of the woman I used to be, who didn’t know the difference between living and merely existing.
Until a stranger found me, fixed and freed me. He breathed life into my soul, reminding me I was a survivor and still had life to live.
My savior is a biker.
A man tortured by his own scars. A man broken like me, maybe even a little lost too.
I want to be his remedy.
I want to heal him.
I want to return the favor and be his savior.
This is our story, a story neither of us knew how to write until we found each other. 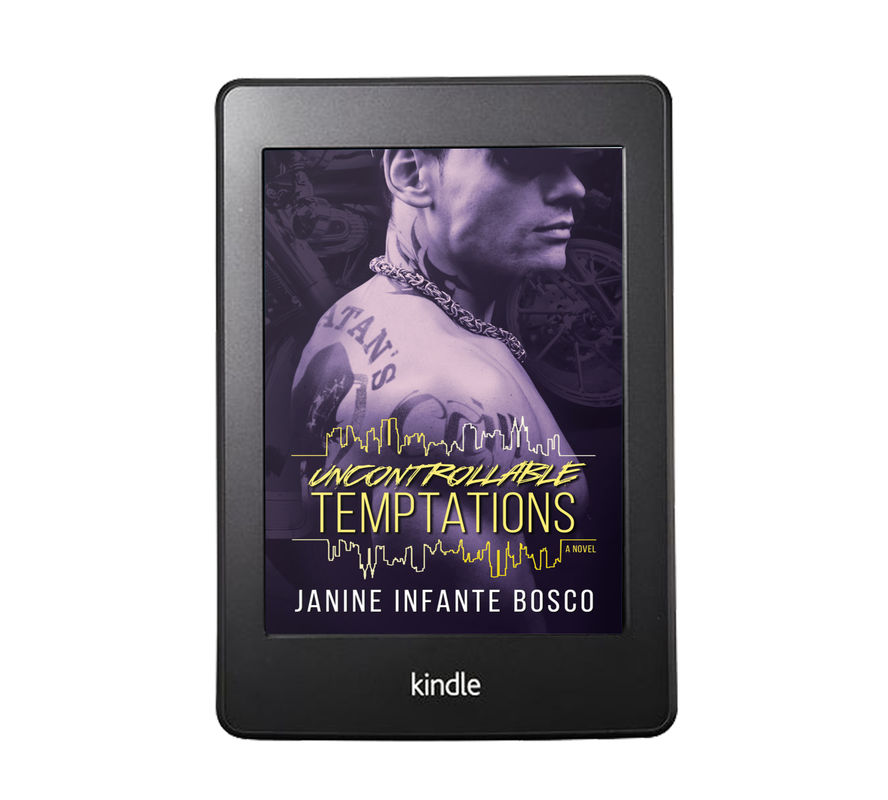 "You know the moment you finish reading a book and decide you'll read everything from this writer, no matter what?! Well, I had that moment when I read the last page of this book. Janine Infante Bosco not only writes amazing characters. She also gives them a meaning, a reason and a reality. Meaning as human beings, a reason to keep fighting and a reality to be accepted just as they are.
The maturity she gives her characters and how they are changing before your eyes is impressive and the twists and turns of this book are really "Uncontrollable".

Choose a few favorite lines of this book is impossible, I love every word.
Janine Infante Bosco is certainly one of my favorite writers, her writing style and characters make you fall in total TEMPTATION!!
#PropertyofParrish"