Satan's Knights MC Transition Of Power Series, Book Three
Once in a while, right in the middle of an ordinary life, something extraordinary comes along that knocks you on your ass...
"Wolf"
I’m a simple man with simple values. You either love me or you hate me, but the ones who need me, always got me. I’m the self-proclaimed Wolf of the Satan’s Knights MC, the beast who will fight his way out of any dark alley to defend your honor. The brother you call upon when you’ve lost your faith in humanity.
However, secrets and lies are the cancer of a man’s soul. Exposed, they will eat away all that is good and leave nothing but destruction in their wake. They’ll prove the best intentions sometimes fail and leave you questioning your life’s choices.
Now, searching for a purpose, I find myself facing the ride of my existence with a woman just as jaded as me. As she fights the biggest battle of her life, I want to be the man who stands by her side. The man who ain’t afraid to ride the edge of misery because he knows there is something beautiful on the other side…

"Maria"
I’ve prevailed against the mob, a deadbeat ex-husband and the woes of being a single mother. While someone else may have wished for a different life, I believe I’m stronger for everything I’ve endured. I’m someone who speaks her mind and fights for what is right. A woman who will smack you upside the head with a frying pan and ask questions later.
Terrified of love, I’m an otherwise fearless woman.
Until a doctor solemnly diagnoses me and my strength falters.
Now as fear engulfs me, an unexpected man dressed in leather, holds out his hand.
As a woman who never needed anyone, I suddenly need him.
His assurance.
His strength.
His love 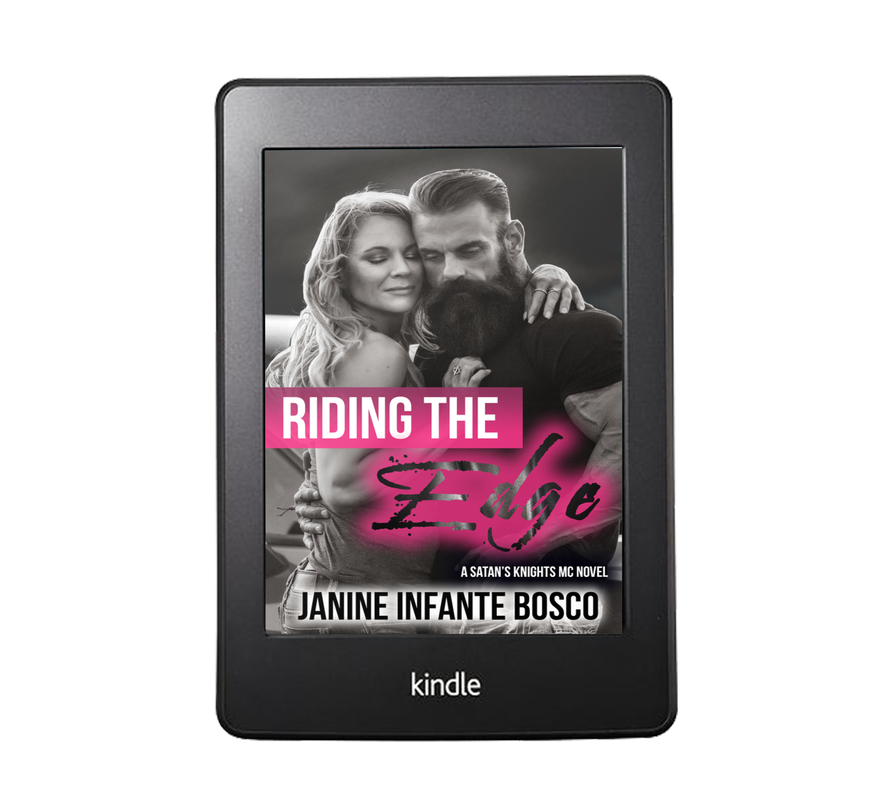 "If I could give this book 10 stars I would. I was pulled into the story of Wolf and Maria from the very first page, and this book did not let me go until the final page. Somehow I think this story will stick with me for a long time to come. Joy, sadness, remorse, regret, love, devastation, fear, loss, passion, empathy and happiness...this book covered a gamut of emotions and with each one, I fell a little deeper in love with these characters. Without giving too much away I will say, the respect, grace, and class with which Janine Infante Bosco handled such a difficult subject is unparalleled. The emotions felt by Maria were so accurate, so well written, so precise, it left me an emotional mess. Grab the tissues before you start because you won't want to stop long enough to find them, I promise."