My father was the Underboss of an organized crime family. He was murdered when I was a teenager leaving me broken. My mother died in a tragic accident, her death annihilated me. My life was in shambles until Victor Pastore, one of New York’s most notorious gangsters and my late father’s best friend, recruited me to work for him.

Everyone expected me to walk in my father’s shadow, to be the prodigal son, the next big thing to hit the mob. I was torn between filling those expectations and walking the straight line my mother wished I had. Nothing made sense and I felt as if I was just passing through life.

The only beacon of light in my otherwise dark world was the one girl that was off limits to me. The one girl who could bring me to my knees consuming my mind, body and soul.

She’s the sweetest temptation I’ve ever known and the most illicit.

My father’s a gangster. My boyfriend’s is the king of New York’s nightclubs. I am often labeled as Vic’s daughter or Rico’s girl, never just Nikki. I struggle for people to acknowledge me for the woman I am and not for the men in my life. I’m fighting a losing battle.

There is only one person who sees me for me, my Mikey. 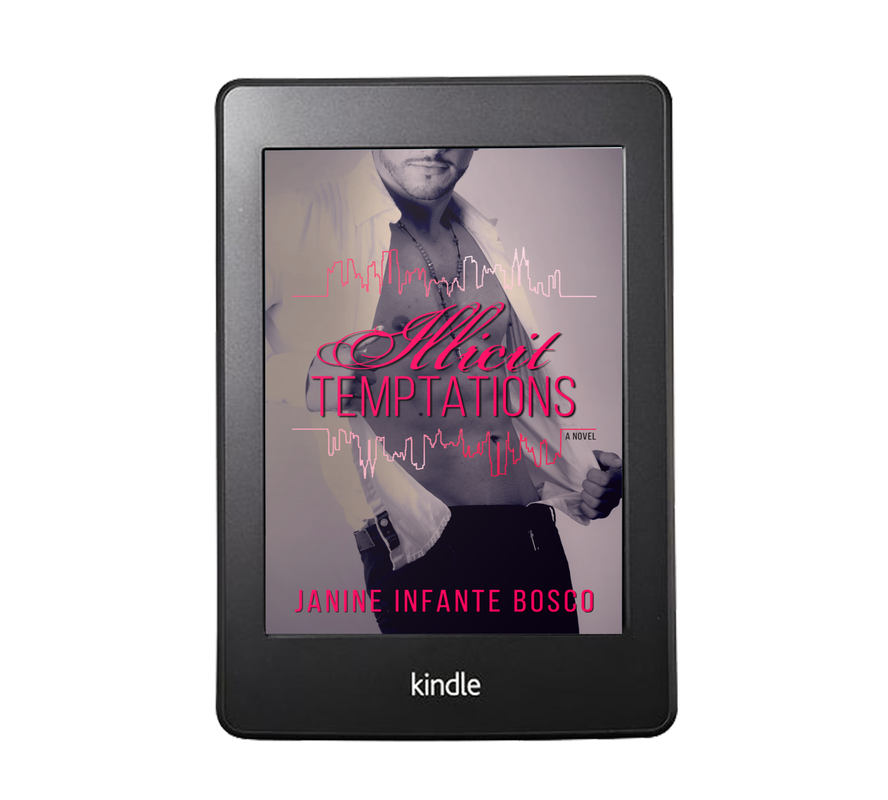 "This book pulls you in and makes you feel as if you're one of the characters. I felt so many emotions reading this, happiness, sad, nervous, antsy ect. It will keep you on edge til the end . It is the kind of book that you don't want to put down because you can't wait to see how it ends but also the kind that you want to enjoy because once it ends you'll wish that it hadn't, I know I did. I recommend this book to all of those that like romantic suspense, it has all the features that you look for and has a great ending . I admit that the ending made me cry, and mind you, I am not an emotional person . Not only crying for the losses of the characters but also for how everything ties together and in a way leaves you with a life lesson to carry with you . I have read hundreds of books and never once have I left a review of more than a few words, you will love this book and wish for more !!"