Since I was a kid all I ever wanted to be was a gangster. I wanted to be feared, to be respected, and for everyone to know my name.
And then she came into my life.
I never planned on falling in love with the mob boss’ daughter. She was forbidden but somehow she became mine. She made me crave things I didn’t even know existed and made me forget about the things I thought I wanted. My quest for power faded away and was replaced by my undying love for her.
Until reality bit me in the ass and I was sent to prison for three years, doing time for a crime I didn’t commit.
Now I’m out and she is creating a life for herself, just like I always wanted for her. Only I’m not a part of that life. I won’t ruin her any more than I already have with my poisonous lifestyle.
No matter how tempted I am.

I wanted him from the very first time I laid eyes on him.
He was everything to me, my first love and probably my last.
Then my father ruined our perfect little life, and he walked away from me.
I tried to fight for him, for our love, but he pushed me away.
When the love you crave is beautiful, yet forbidden, you can’t help being tempted.
So I’ll fight for him. For us.
Even if I’m the only one fighting. 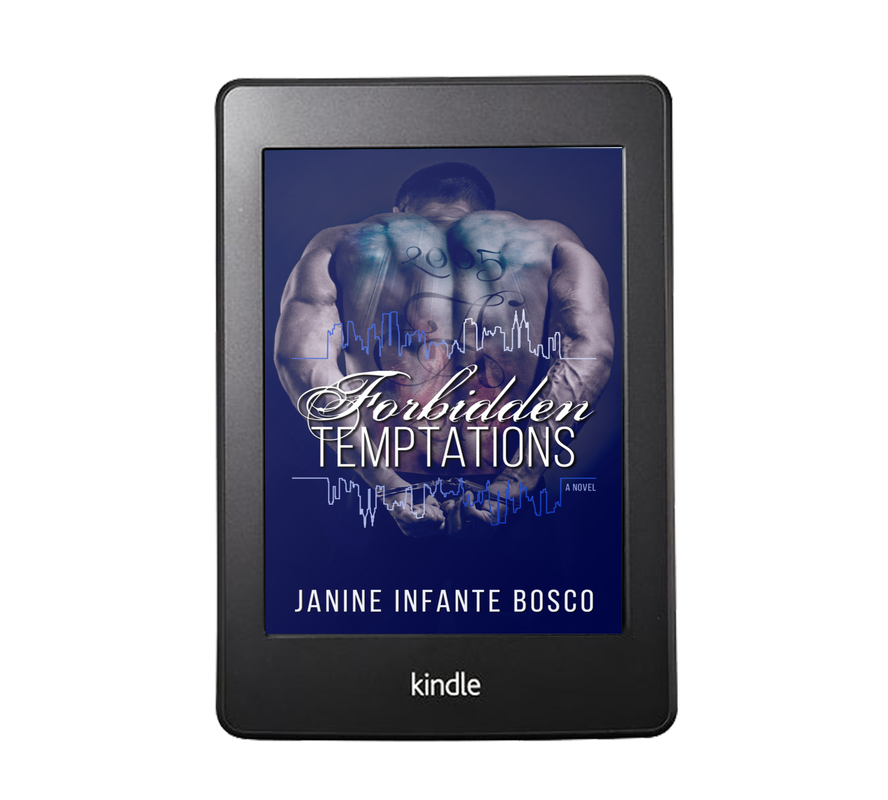 "Forbidden Temptations is such a good story... it will give you the feels from beginning to end. I think I went though every emotion reading this story. Anthony and Adriana such a good love story...these two characters go though so much apart and together but Bosco kept their hearts true to each other. Anthony the Male lead will break your heart, make you fall in love with him, wanna hit him over the head and so much more.. I loved when he would wink at A. The female lead Adrianna held on to hope that Anthony would finally stop pushing her away and just stay with her. Their relationship will span 10 years before they finally get it right. Janine will take you on a roller coaster of emotions from beginning to end. If you haven't read Temptes Seeies than I suggest you get on it. I guess it could be read as a standalone because most of the story it's in the same timeline as book one of the series....but I believe you will have a better understanding of the characters if you read book one first. This story has it all...hot alpha bad boys from mafia to bikers, sexy strong females, humor, suspense, mystery, agnst, action in and out of bedroom, heartbreaks and an HEA...what more can you ask for. Happy Reading!!!"