The Complete Collection
“Ms. Bosco has crafted a powerful series full of men and women scarred both, mentally and physically who find happiness in a family of their own making.”—J. Falty’s

Set on the streets of Brooklyn, New York, the Tempted Series is a compilation of six steamy standalone novels that will leave you breathless and wishing for more. Saddle up and get ready to ride as the men of the Pastore crime family join forces with the Satan's Knights MC. In between navigating the danger that darkens the beloved streets they call their own, each man finds a strong woman to love and carry him through the darkness.

"It's amazing to me to watch the awesome Tempted series keep getting better when I didn't believe it was possible, but the author rises to new levels of epic in each new story."- The Power of Three Readers

You'll laugh.
You'll fall in love.
You'll cry.
You'll scream.
You'll probably curse too.
But more importantly, you will become part of this unconventional family.
You will become Property of Parrish.

The Collection Includes:
Illicit Temptations
Forbidden Temptations
Uncontrollable Temptations
Reckless Temptations
Lethal Temptations
Eternal Temptation
Plus, newly released chapters, catching you up to speed with some of your couples who fought tooth and nail for their happy endings.
Also included are snippets of holidays with the Satan's Knights MC and a sneak peek of "Drifter"--the first book in the Nomad Series, a spinoff of this collection.

Now, I have one last question... Are you tempted? 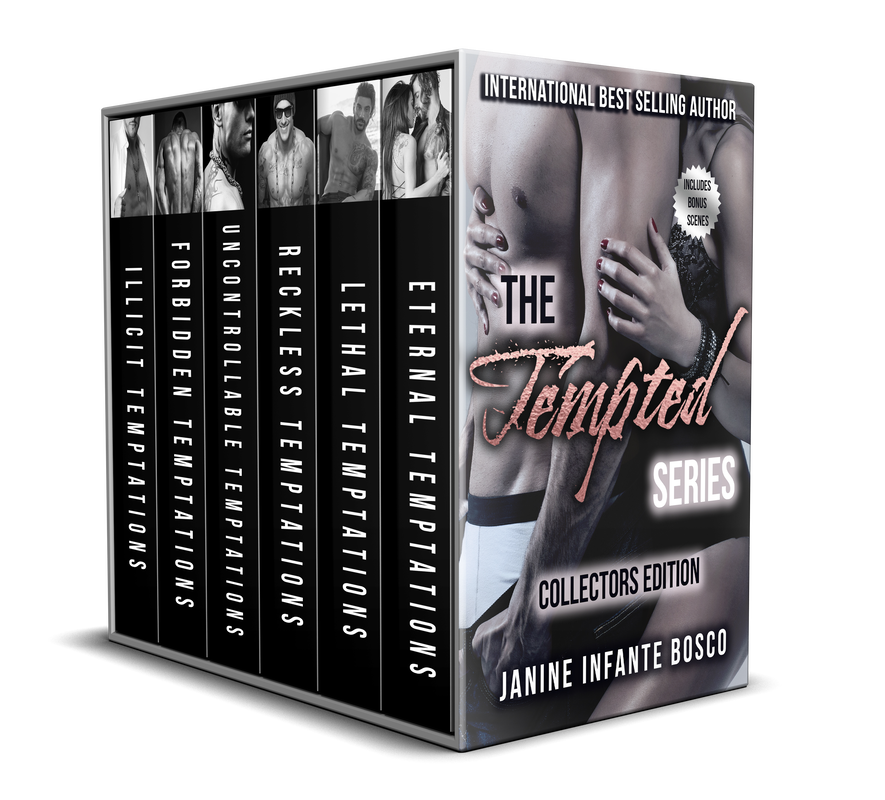 "This series was spectacular. The depths of each character and the closeness each group shared is intense. Very well written!!"